In the Mt. Hartman Estate, dry forest habitat is in the process of being cleared for a new resort and marina that will be developed by the Hartman Resort Group Ltd (formerly Grenada Resort Complex LTD); this Chinese company now owns the property. Although the development falls just outside the National Park, it will be directly adjacent to it. Read more on the BirdsCaribbean Blog.

Mt. Hartman is a 154-acre property that was declared a national park in 1996 by the government of Grenada to protect the critically endangered Grenada Dove. However, in 2006, the park was de-gazetted to accomodate a tourist resort that has since been delayed due to the global economic crisis. After consultations with members of the conservation community, the developers have agreed to new park boundaries and other measures to lessen the impact on the Grenada Dove and create a more contiguous area of suitable dove habitat. However, the park has yet to be officially re-gazetted with the new boundaries.

Mt. Hartman is located in the parish of St. George’s in southwestern Grenada. The site is very near to the majority of the hotels and resorts on the island and is accessible off the main coastal highway.

Welcoming guests to the property is a visitor center that is operated by the Forestry and National Parks Department of Grenada. A guide is on staff there that can accompany you on the parks’ trails and take you to find the Grenada Dove.

Mt. Hartman is in a part of the island that receives the lowest amount of annual rainfall, resulting in a particularly dry forest ecosystem. Its vegetation is a thorny cactus shrub and coastal woodland, often referred to as “picker bush.” Less than 10% of the island’s vegetation is dry scrub woodlands, and this is diminishing due to the conversion of these forests for other uses.

Mt Hartman’s West Pond maintains a relatively constant saltpan habitat as seasonal tides overtop of the coastal berm of the fringe red mangroves to flood the basin interior. While a small lagoon provides tidal interaction at its southern end, much of the interior is separated by a crest in the mud flat that prevents full drainage of the site.

A topographic depression within its interior also helps contain a considerable volume of water. As a result, the interior of this site can become hypersaline (60+ ppt), providing a unique habitat for both plants and animals. In fact, West Pond boasts the largest contiguous black mangrove stand in the country, the least common mangrove species in Grenada and the Grenadines.

Mt Hartman’s East Pond is similar, however its interior pan is more regularly influenced by daily tides through a circuitous connection via a tidal creek. Thus the mud flats here are often dry or covered with only a skim of water.

Without question, the site’s “bird-to-see” is the endemic Grenada Dove. According to Birdlife International, 43% of remaining Grenada doves are thought to occur here. The entire population of doves on the island is estimated to be fewer than 200 individual birds. Another island specialty can be found here as well–the Grenada Hookbilled Kite, whose population is still relatively unknown.

The following is a list of bird observations at Mt. Hartman National Park that have been reported in the past 30 days to the eBird program. If no observations appear in the box, it is because nothing has been submitted recently. Remember, eBird is powered by you, the birdwatcher!

Click here for a pocket-sized checklist of the birds of Grenada. 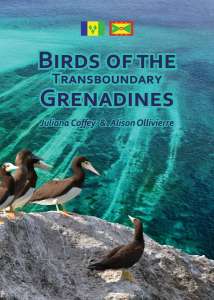